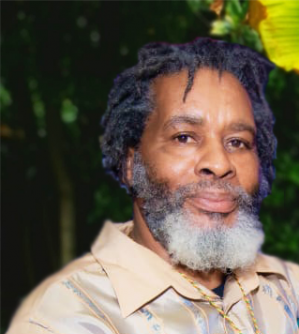 Bouabti Fahkara and The Earth Center Initiates, Kemetic Traditions of the Dogon

Ceremony: Dogon Honouring the Divine and the Ancestors

A Dogon Elder will share sacred Dogon and Kemetic ancestral wisdom and practices that have been preserved from the time of the Nile Valley Civilisation. Prayers, blessings and offerings to the Ancestors and the Divine will be made during the gathering to acknowledge and honour them in ways that have been handed down by the Dogon elders that remain central to this spiritual way of life.

Kemetic Purification Workshop
We will share Kemetic sacred knowledge of maintaining the relationship between a human being and the Divine and your Ancestors. We will then all purify in the way the priesthoods have since the Pharaonic era using water and prayer, whilst speaking humanity’s oldest documented language Medu (Ancient Egyptian Hieroglyphs).

Talk on Harmonising with the Cosmic Dialogue of Energies

We teach that there is a universal dialogue of energies called the Bayuali and Yenu. It is a celestial dialogue in which the energies of planets, suns, and other heavenly bodies radiate out into the universe and interact with each other. The dialogue is central to life because it is this dialogue that determines the quality of existence for everything on the surface of the planet.

Stall with books and materials on Dogon and Kemetic traditions