WELCOME TO MOVIEMEDICINE – YOUR WEEKLY DOSE OF FILM MEDICINE.

Living Cultures is a growing movement across Asia, Africa and the Americas uniting indigenous communities across borders; to celebrate, foster and protect their cultures with the principle of self-determination at its very heart.

“Decolonising Cultural Spaces: The Living Cultures Project”, a full-length documentary produced by InsightShare, made by Zoe Broughton, coordinated by InsightShare, Oltoilo la Maa (Voice of the Maasai) and Oxford University Pitt Rivers Museum, in partnership with the Museum of Archaeology and Anthropology, Cambridge.
The documentary follows a delegation of seven Maasai representatives from Tanzania and Kenya who spend two weeks in the UK working alongside British museums to decolonise cultural spaces by making them aware of their colonial history and how this can be addressed responsibly. InsightShare would like to thank it’s funding partners; The Staples Trust, The Network for Social Change, and Bertha Foundation. 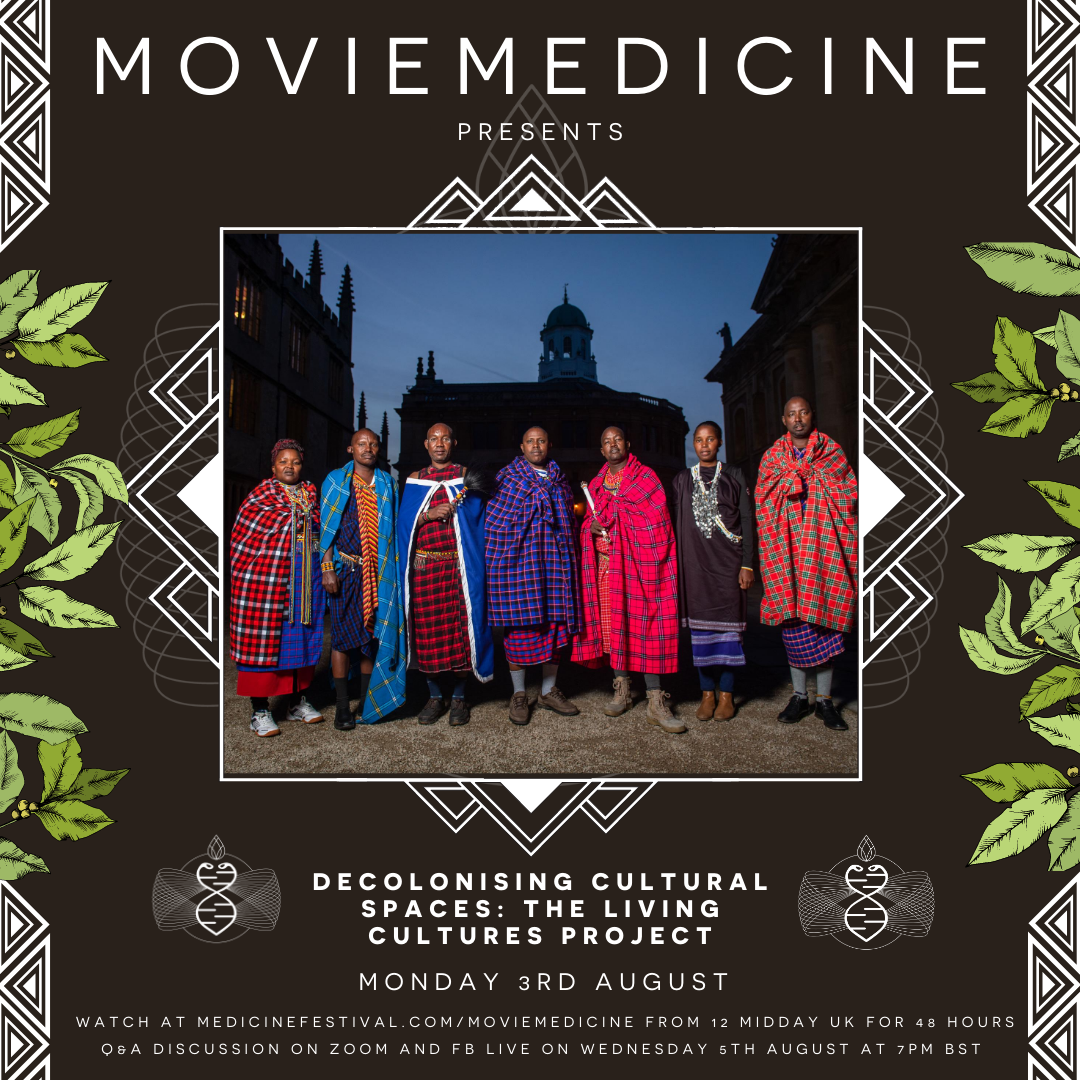 The film screening will be accompanied by a live Q&A on Zoom and Facebook Live on Wednesday 5th August at 7pm (UK). Save your spot on the live Zoom call by registering your place below.

REGISTER YOUR PLACE ON THE ZOOM Q&A HERE 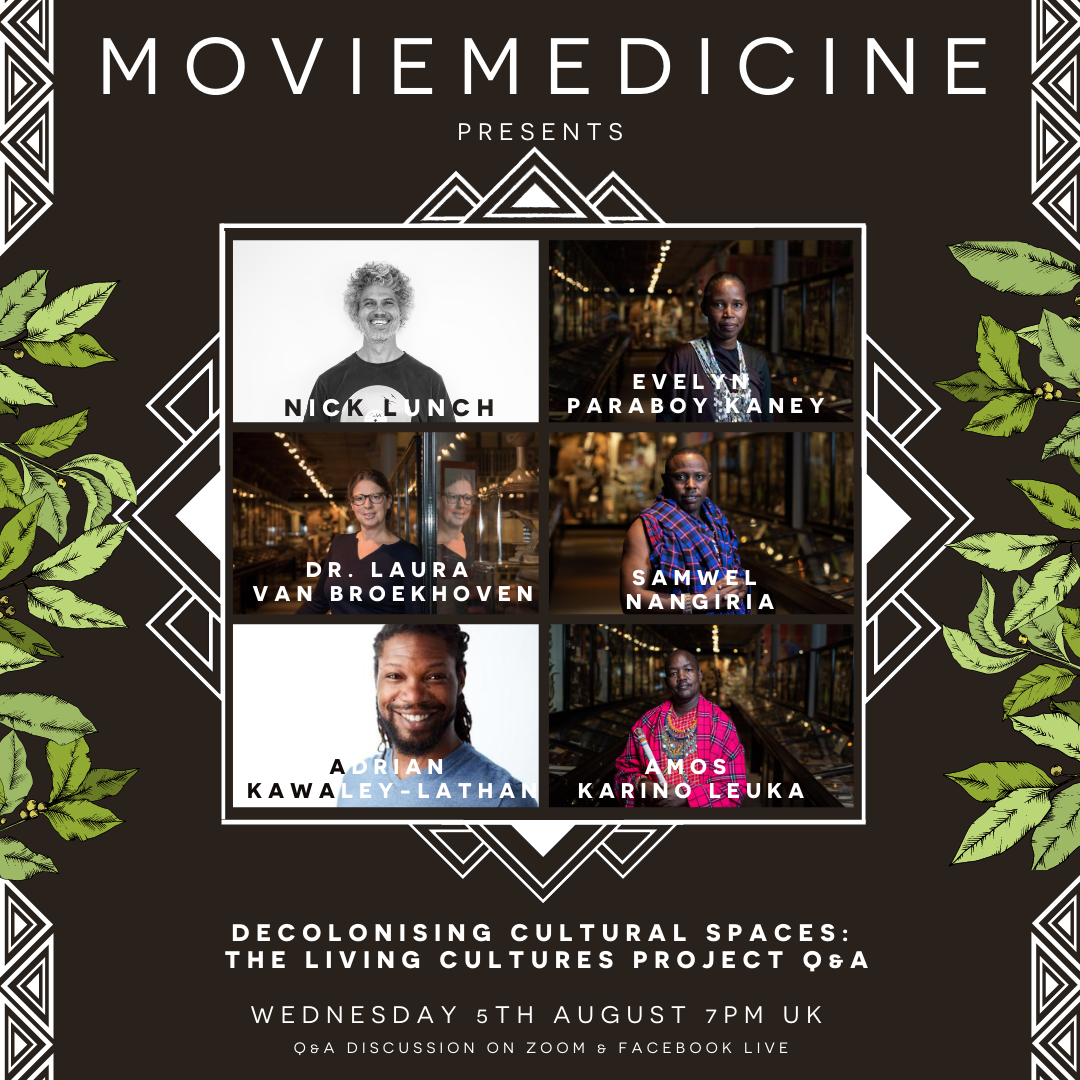 Please note: The film screening and Q&A are both free, but your kind donations will go directly to The Pan African Living Cultures Alliance (PALCA), an international NGO led by and for Indigenous Peoples of Africa and registered in Kenya.

Donate today to support our work with indigenous communities to protect their lands, rights and cultures around the world. 100% of donations are spent on local projects. Donate here: https://insightshare.org/donate/

Find out more about InsightShare here: https://insightshare.org/network/
Learn more about how Pitt Rivers Museum has committed to change, with practices of provenance, transparency, repatriation and redress here: https://www.prm.ox.ac.uk/committed-to-change 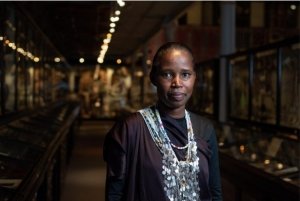 Evelyn is from the Ilparakuyo Maasai community. She has worked to support community development since 2010, addressing the challenges that hinder sustainable livestock production. In her work, Evelyn has focussed on community history and post- colonial relations. She holds a degree in Accounting from Concordia College in Moorhead, Minnesota, and a Masters of Business Administration from the University of Mary in Fargo, North Dakota, USA. 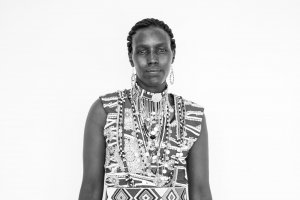 Scholastica is a women’s rights community activist in Kenya, who uses participatory video to promote women’s economic independence within her Maasai community. She supports traditional beadwork and has established an organization, Olmaa Makes, that sells Maasai-made beadwork and pours the profits back into women’s initiatives, education and up-skilling. In 2018, Scholastica was part of the 2018 Maasai delegation visiting University of Oxford’s Pitt Rivers Museum to assess Maasai cultural artefacts. 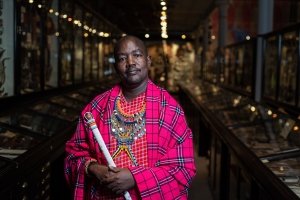 With this Participatory Video project Amos hopes to: empower women and girls; address misconceptions that cause Female Genital Mutilation to occur; educate people about its dangers; and develop new rituals that mark the coming-of-age of women.

Samwel is a socio-environmental scientist and long-term human rights defender. He is a leader of Enguserosambu Community Forest Trust and the founding director of Oltolio Le Maa – a participatory video group that documents human rights issues, social development and Maasai culture. He has worked with indigenous Maasai peoples in Loliondo, Tanzania, as a chief campaigner to retain the land and protect the culture under threat from hunting and conservation corporations for over 10 years. 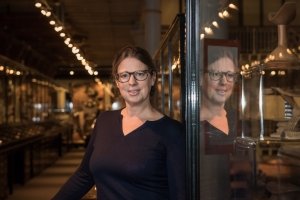 Laura Van Broekhoven is the Director of Pitt Rivers Museum, Oxford. She holds a Professorial Fellowship at Linacre College, and is associated with the School of Anthropology and Museum Ethnography at Oxford. Previously she led the curatorial department of the National Museum of World Cultures (Amsterdam, Leiden and Berg en Dal) and was a lecturer in archaeology, museum studies and indigenous heritage at the Faculty of Archaeology at Leiden University. Laura’s current research interests include repatriation, redress and pluriversality.

The work being developed at the Pitt Rivers Museum focuses on equity, co-production and reflexive inquiry. 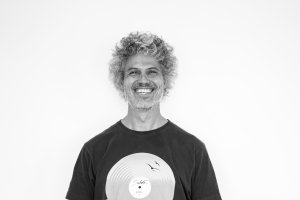 Co-founder of InsightShare with his brother Chris, Nick has 30 years’ experience as a community activist and is recognised as a pioneer of Participatory Video (PV) methods.

Since 2005 he has led in the use of Participatory Video with indigenous communities, working together with indigenous partner communities in Africa, Asia and South and Central America to preserve and promote traditional knowledge, advance the cause of indigenous rights, and support local representatives as delegates at key global gatherings. 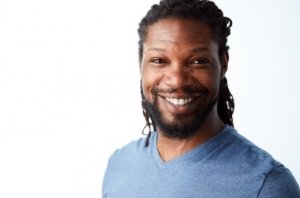 Our Q&A host Adrian is the Creative Director of the Bertha Foundation, which supports activists, storytellers, and lawyers who are working to bring about social and economic justice and human rights for all.

This site uses cookies. By continuing to browse the site, you are agreeing to our use of cookies.

We may request cookies to be set on your device. We use cookies to let us know when you visit our websites, how you interact with us, to enrich your user experience, and to customize your relationship with our website.

Click on the different category headings to find out more. You can also change some of your preferences. Note that blocking some types of cookies may impact your experience on our websites and the services we are able to offer.

These cookies are strictly necessary to provide you with services available through our website and to use some of its features.

Because these cookies are strictly necessary to deliver the website, you cannot refuse them without impacting how our site functions. You can block or delete them by changing your browser settings and force blocking all cookies on this website.

These cookies collect information that is used either in aggregate form to help us understand how our website is being used or how effective our marketing campaigns are, or to help us customize our website and application for you in order to enhance your experience.

If you do not want that we track your visist to our site you can disable tracking in your browser here:

We also use different external services like Google Webfonts, Google Maps and external Video providers. Since these providers may collect personal data like your IP address we allow you to block them here. Please be aware that this might heavily reduce the functionality and appearance of our site. Changes will take effect once you reload the page.