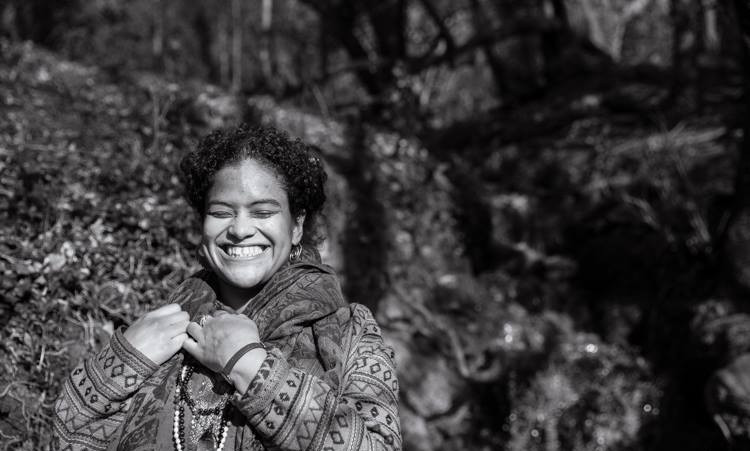 Sivani Mata Francis is a student of Bhakti Yoga (the yoga of love and devotion) and began her journey with this practice through attending various Kirtans in London and on her travels. Particularly with family band GOMA, who inspired her to live in trust and bhakti spirit in all aspects of life. She began to lead Kirtan after spending New Year 2009 with the wonderful Jai Uttal on his Kirtan camp, followed by a Yoga Teacher Training in Mexico at the Yandara Yoga Institute, where an incredible resident kirtan band, Jaya made chanting a key element. Since then Sivani has been running chanting circles and gatherings in the UK. Sivani has released three kirtan albums I AM (2012), Shakti Live (2015) and the most recent a double disc album: Surrender (2016), all produced by bhakti musical magician Tabla Tom (all are available to purchase on our sister site: The Bhakti Bazaar)